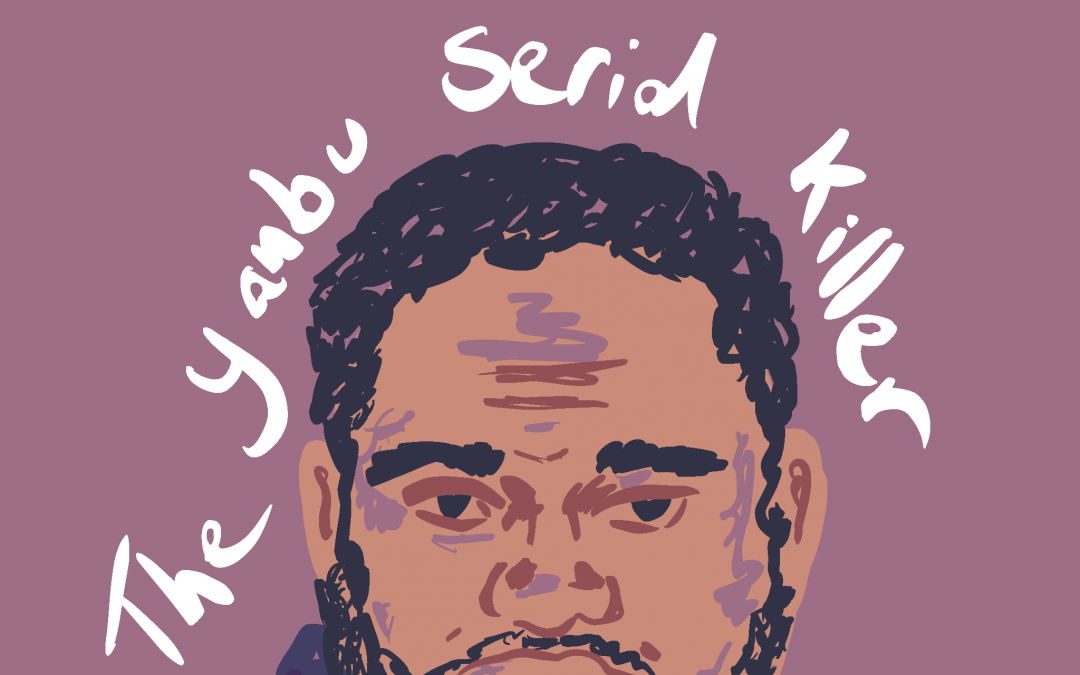 As the first episode of Some Kind of Moment, I (Athoug) would like to pay homage to Sarah Koenig’s masterpiece of a podcast “Serial” that started my love for podcasts, by introducing the story of the first recorded serial killer in Saudi Arabia, who started his murder spree back in 2007 in Yanbu. Salem had the perfect kind of victim,  the kind he knew no one would look for. His story has a lot of twists and turns not to mention he was apprehended in the most ironic and unpredictable matter possible. So join us in this episode where we tell the story of the Yanbu Serial Killer.

It’s September 2007 and it’s quite a sunny day in Yanbu. Yanbu is a port city on the Red Sea coast, west of Saudi Arabia

Halima an Indonesian housekeeper, has been maintaining a relationship over the phone with Salem. Not quite sure how they met but I assume as it is the case back in the day in the Middle East where if a girl piqued a guy’s interest they would slip them a paper or something with their phone number. (There’s no other information provided about the poor girl other than that).

Her phone chimed, and she got a message from Salem trying to persuade her to run away with him, to which she agrees. He picks her up from their meeting place and takes her to one of his guest houses. What do you think happened?

… He raped her, and did not just stop there, he grabbed a stick, and hit and hit, and hit her, you would think that since they made a connection, and were in a relationship, he would not do that, or at least he would stop right there, but no, he took a pillow, and smothered her to death…

So now he has a motionless body next to him. He needed to get rid of it, so he went to an area near Al-Nakhil highway and buried her under a sand dune.

September 2007 happened to coincide with a note-worthy month in the Hijri calendar, and that happens to be RAMADAN! So all this is happening in Ramadan! Why am I emphasizing this is because it’s supposed to be a holy month where one month a year, you try to be a decent good human…

So who is Salem? Well, He’s a Yamani expatriate who has been living in Saudi with his family for years, and this guy is not a stranger to law enforcement. He’s been arrested quite a few times, one of the felonies is domestic abuse. He beats and abuses his wife and kids a lot (yes he’s married…) and here’s the kicker, he’s been imprisoned under a false name, guess why? This guy is a forger! He has a bunch of forged documents and passports that he carries around with him always. With these fake documents, he presents himself as a Saudi student. That’s why Salem’s record is clean, but the countless fake identities aren’t.

A year and a half pass and still no one noticed anything. Salem continued his life, and while strolling around at an industrial area in Yanbu, he happened to notice a maid sitting alone in a car park. He approaches her, talked her into following him to a remote area which worked, and … well he did it again. He raped the woman, choked her, and having a motionless body next to him was not enough of a guarantee that the poor girl is dead, he picked a big rock and started smashing her head over and over with it… He then put the body in a garbage bag and buried her right there at the murder scene. He then just headed home as of nothing happened and just like the first crime, this one, went undetected as well.

Six months later, Salem feels all confident, who else can say that they got away with two murders so he was hanging around Al Asyaly footbridge and who does he notice… another maid. And guess what… he managed to convince her to go to his house. Now, there they are, him and her, in his house, and I think by now you can see this guy has an MO, he attempts to rape her, but thank god she manages to fight him off. Now she’s running for her life. However Salem wouldn’t let her go, he chases her down and stabs her 3 times killing her on the spot. He drags the body to the car and brings her back home where he poured benzine or acid on her that caused severe burns. He then leaves to bury the body and comes back home as nothing happened.

Now I don’t know about you but throughout all of this, one question came to mind… where the hell is the police! He murdered three people! Not one, not two, but three! He’s a serial killer for crying out loud. Well, at the time of the 3rd murder they were made aware of the disappearances of the women, but they had no leads whatsoever hence they couldn’t carry out any arrests.

They have been investigating for four months with no progress to the case, however, one officer said that there’s this kid who they arrested over charges of begging is saying weird stuff about seeing a stabbing, and can you guess who that kid is?! His (Salem’s) son! He told them that he saw his dad stab a woman on the streets. This piqued the cops’ interest, and it’s the first lead they got during these months…

They started monitoring Salem’s activities and they were able to find something to arrest him for, remember the fake documents he carries around with him, well they took him in custody for that. They got a warrant to search his house, and while doing so, they found a bunch of stuff, such as more fake passports, but more importantly a bunch of photographs of housemaids in his phone. While analyzing those photos one of them happened to be Halimas! One of the missing victims! He was questioned by the cops on this matter and he confessed and pointed out all the burial sites scattered around Yanbu.

In 2010 he was put on trial for the murders. And that wasn’t the only charges he was put in trial for but for rape, and adultery as well. The prosecutors of this case demanded that under sharia law, the defendant in this case Salem should be executed if found guilty. The reason they wanted to go for execution is to prevent any further copycat murders.

Two years after his trial, the court rescinded the beheading sentence. However, there is a plot twist, they were like no, this is not enough, we need to crucify him., and the supreme court agreed, and in 2014 Salem was publicly executed in Yanbu. He was beheaded first, and then his head was sewn back onto his body and put on public display.